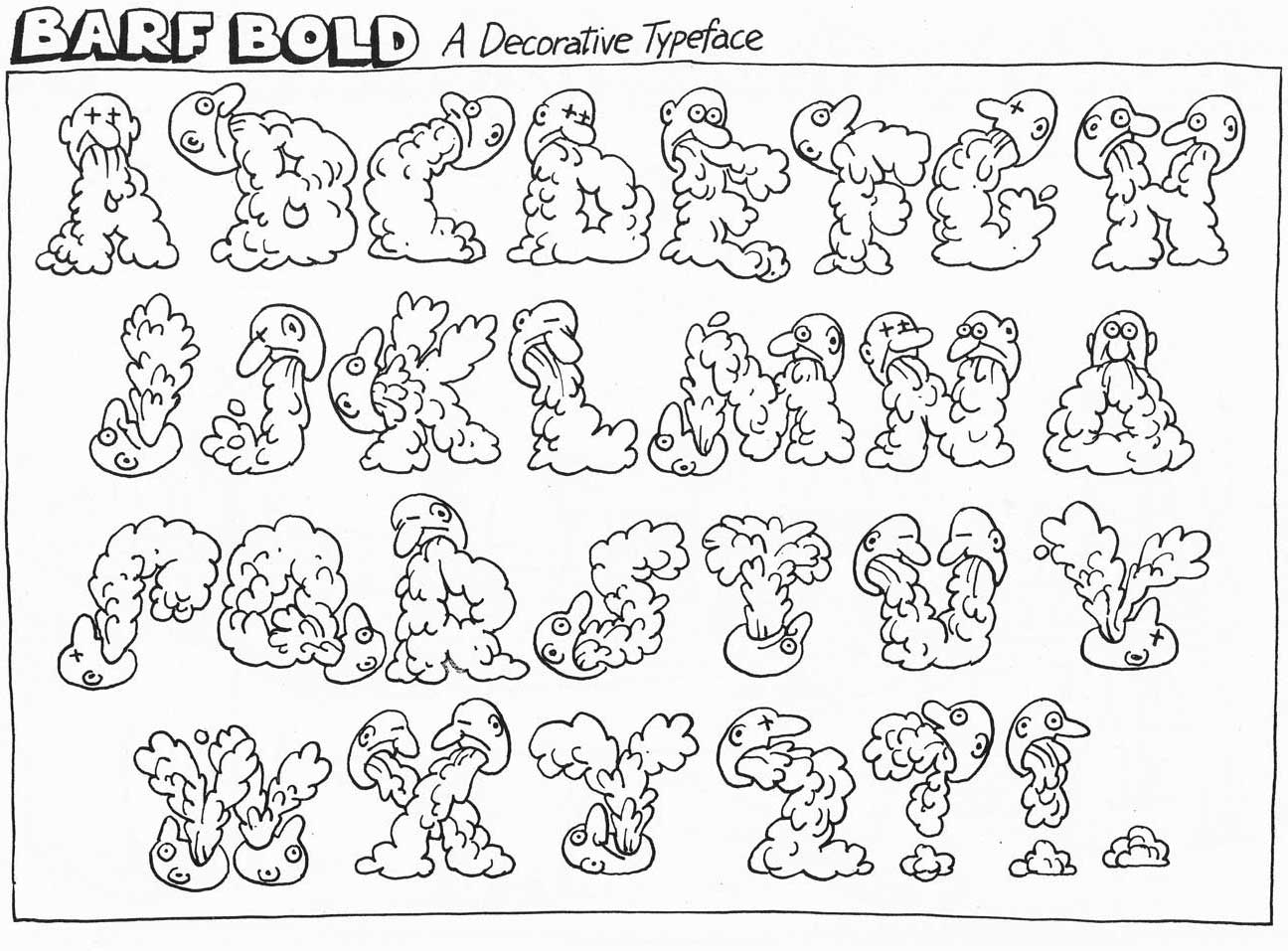 Bernard “Hap” Kliban (1935–1990) offered Barf Bold, a Decorative Typeface in one of his hilarious cartoon collections in the early ’80s. Kliban created the cartoon genre that consisted of a single panel with a droll, third person narration (e.g., “Houdini escaping from New Jersey”), a style which Gary Larson of “The Far Side” later became famous for.

Kliban’s correct use of the term “decorative typeface” (he could have also used “display face”) is especially notable now that most people use the term “font” broadly to mean a printed face, a typographic family, a specific typeface, or (correctly) the licensed software that allows us to reproduce type on our computers.