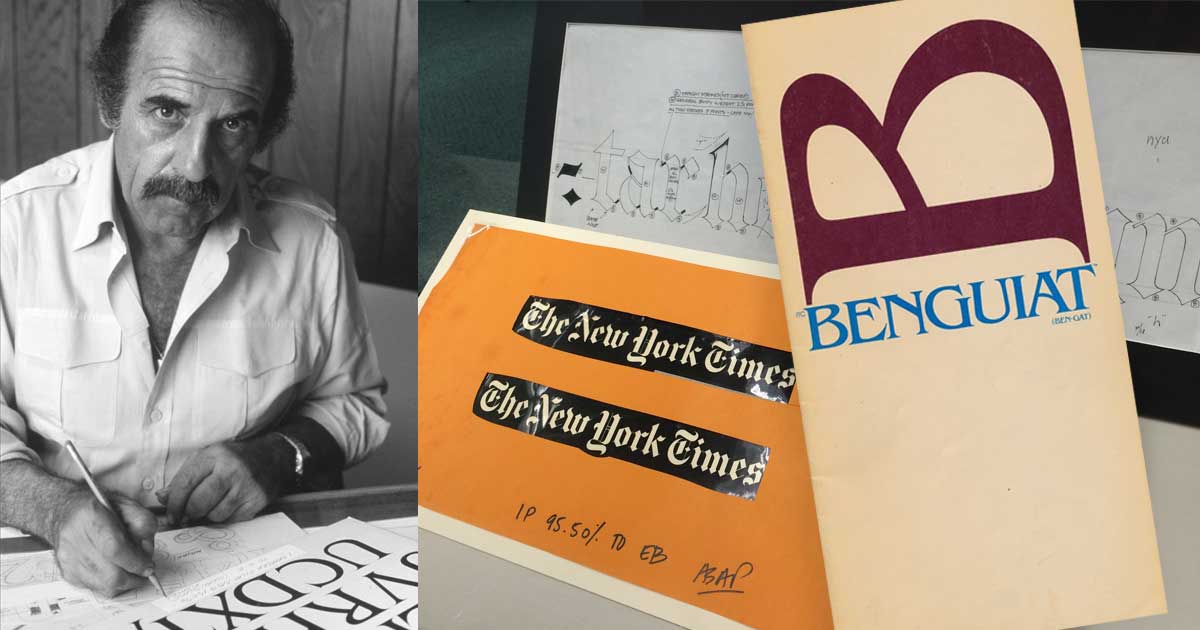 Ed Benguiat may be best known to the general public for his eponymous typeface, but he designed many typefaces. While working for Photo-Lettering, Inc (known as PLINC), and for ITC (International Typeface Corporation) Benguiat designed Barcelona, Bookman, Caslon No. 224, ITC Century Handtooled, ITC Edwardian Script, Souvenir, Tiffany and other popular faces. He was a teacher and a mentor. He inspired a collection of typefaces by House Industries.

Designer and typographer, David Quay, related this story upon hearing of Benguiat’s passing:
Many years ago I designed three titles in a trilogy of novels for Penguin Books. They were novels set in Russia. I had just received the latest U&lc magazine from New York displaying Ed Benguiat’s new typeface ITC Benguiat, it was perfect for the subject. I photostated the alphabet and pasted up the 3 headlines. Penguin gave the ok, then I realized ITC Benguiat was not yet available, U&lc was pre-release publicity! I was stuck, Penguin wanted the artwork very quickly and there was not enough time to hand letter all the long titles or retouch the rather crude photostats!
I phoned my friend Tony Di Spigna who worked with Herb Lubalin. He said “I will take care of it.” Four days later by special post, an envelope arrived with 3 photographic prints with the titles perfectly set and ligatured to perfection. A note enclosed said, “I am pleased you like the typeface, you are the first to use it, Ed.” 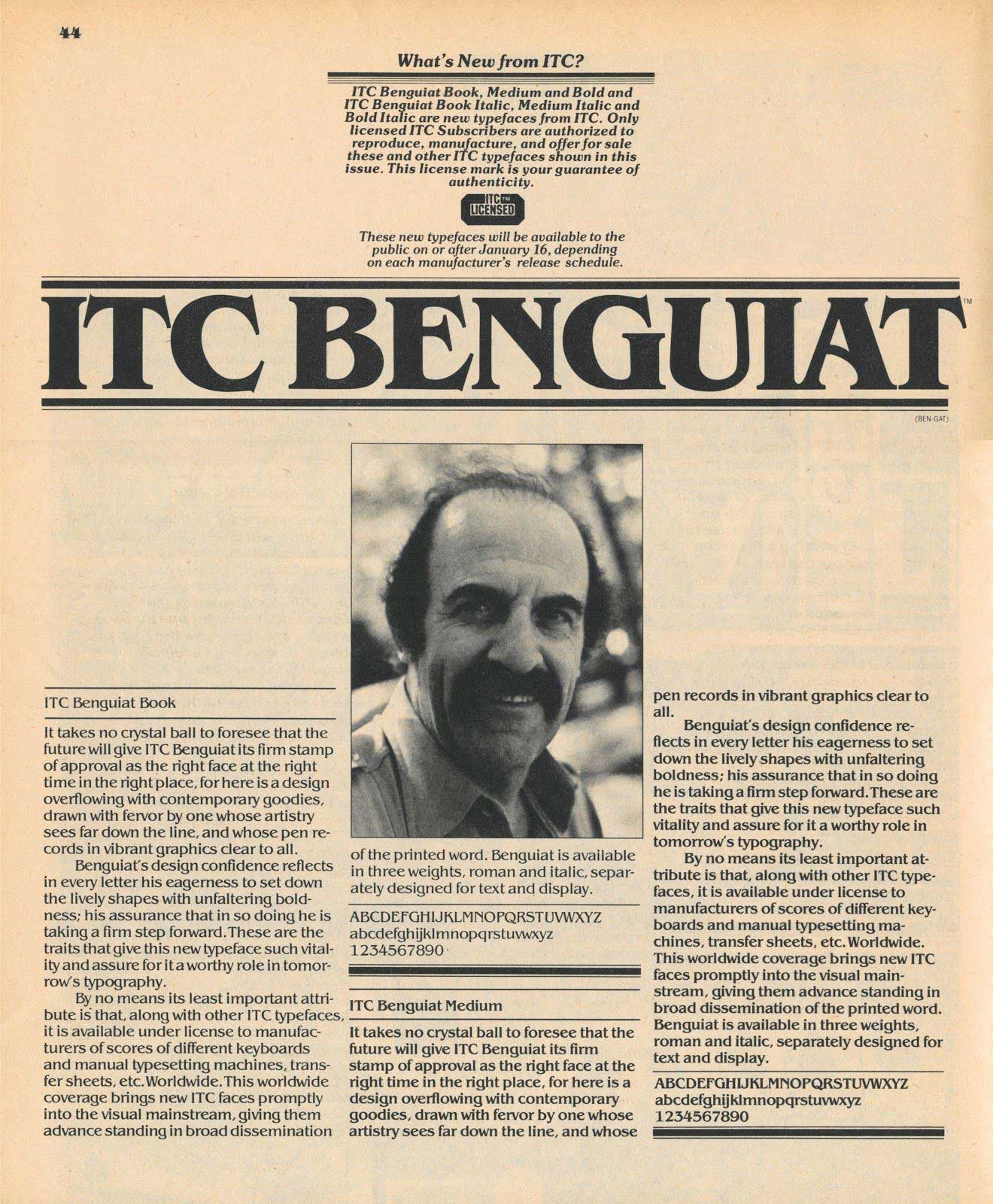 Release announcement for ITC Benguiat in the December 1977 issue of ITC’s U&lc magazine.