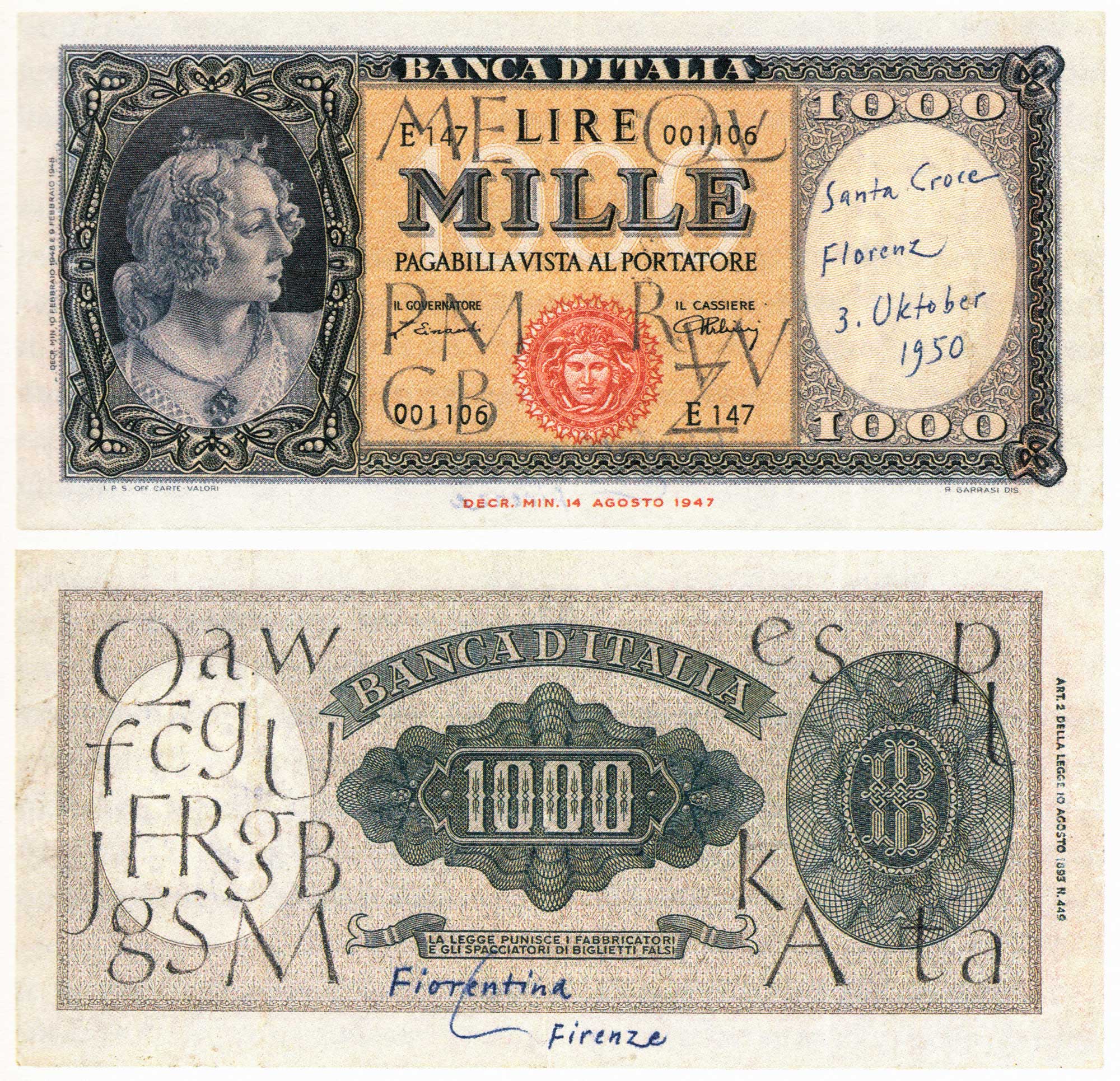 “During a visit to Italy, I made studies of old inscriptions in Rome and Florence. My attention was caught especially by marble inscriptions on the floor of the Santa Croce Church in Florence. Every day, most people walked over these inscriptions so unmindfully. I got the inspiration one day to use these simple forms without serifs for a typeface.”
—Hermann Zapf

The idea for Optima occurred to Hermann Zapf in 1950. Inspired by grave inscriptions on the floor of Basilica Santa Croce in Florence, he had no paper with him, so he used a bill from his wallet and pencil-sketched a few characters. Optima was released by the D. Stempel AG foundry, Frankfurt, West Germany in 1958.

Optima has in turn been used on at least one memorial, to stunning effect.