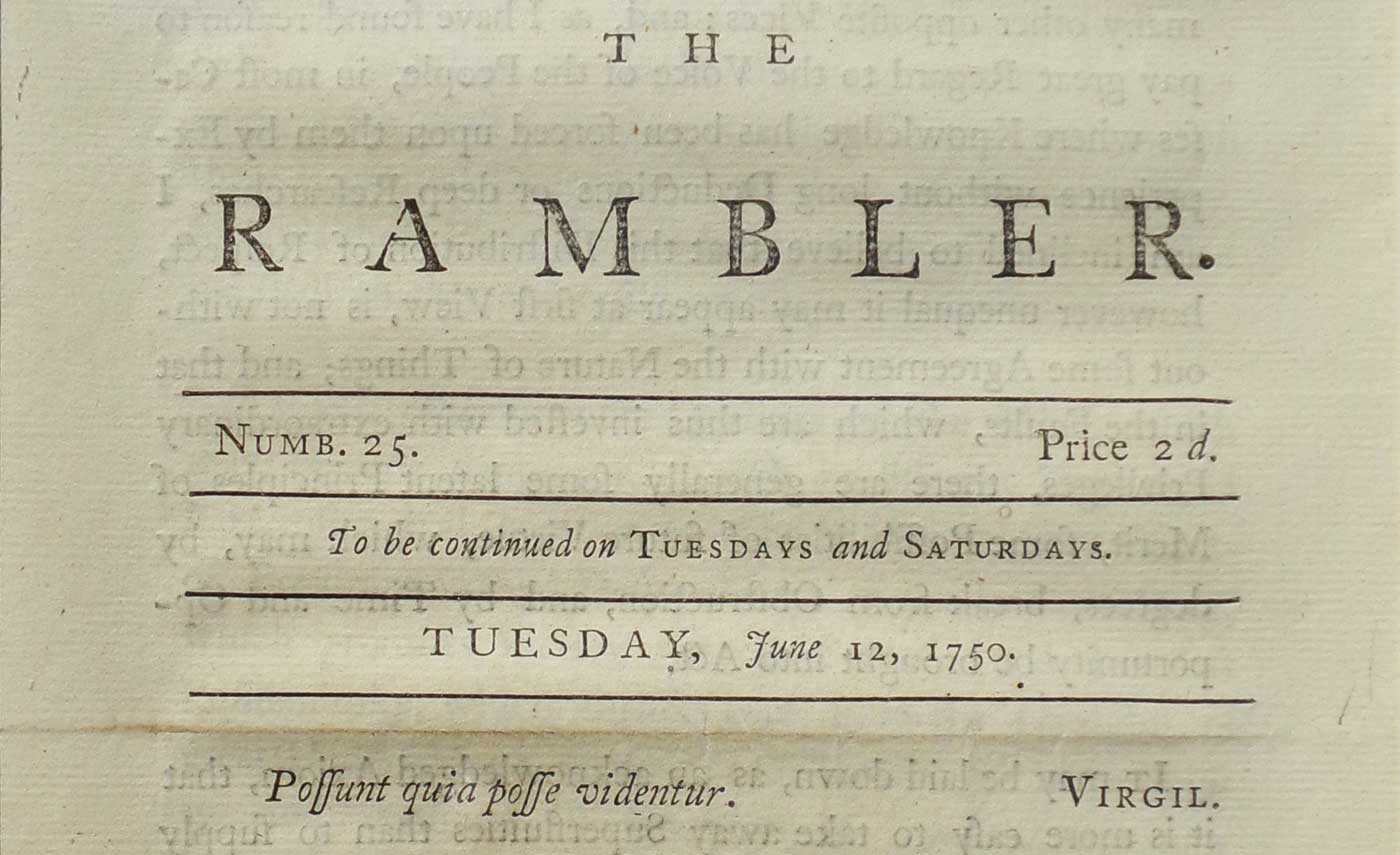 The Rambler was a twopenny* sheet issued twice weekly in London between 1750 and 1752, each issue was a single anonymous essay. 208 periodical essays appeared, all but four written by Samuel Johnson. Dr. Johnson’s incentive was to pay the bills (“No man but a blockhead ever wrote except for money”) while he was at work on his great Dictionary. He was paid two guineas (a guinea equalled one £, one shilling) for each essay. The Rambler did not sell well as a periodical, but the essays became popular later when revised and collected into book form. 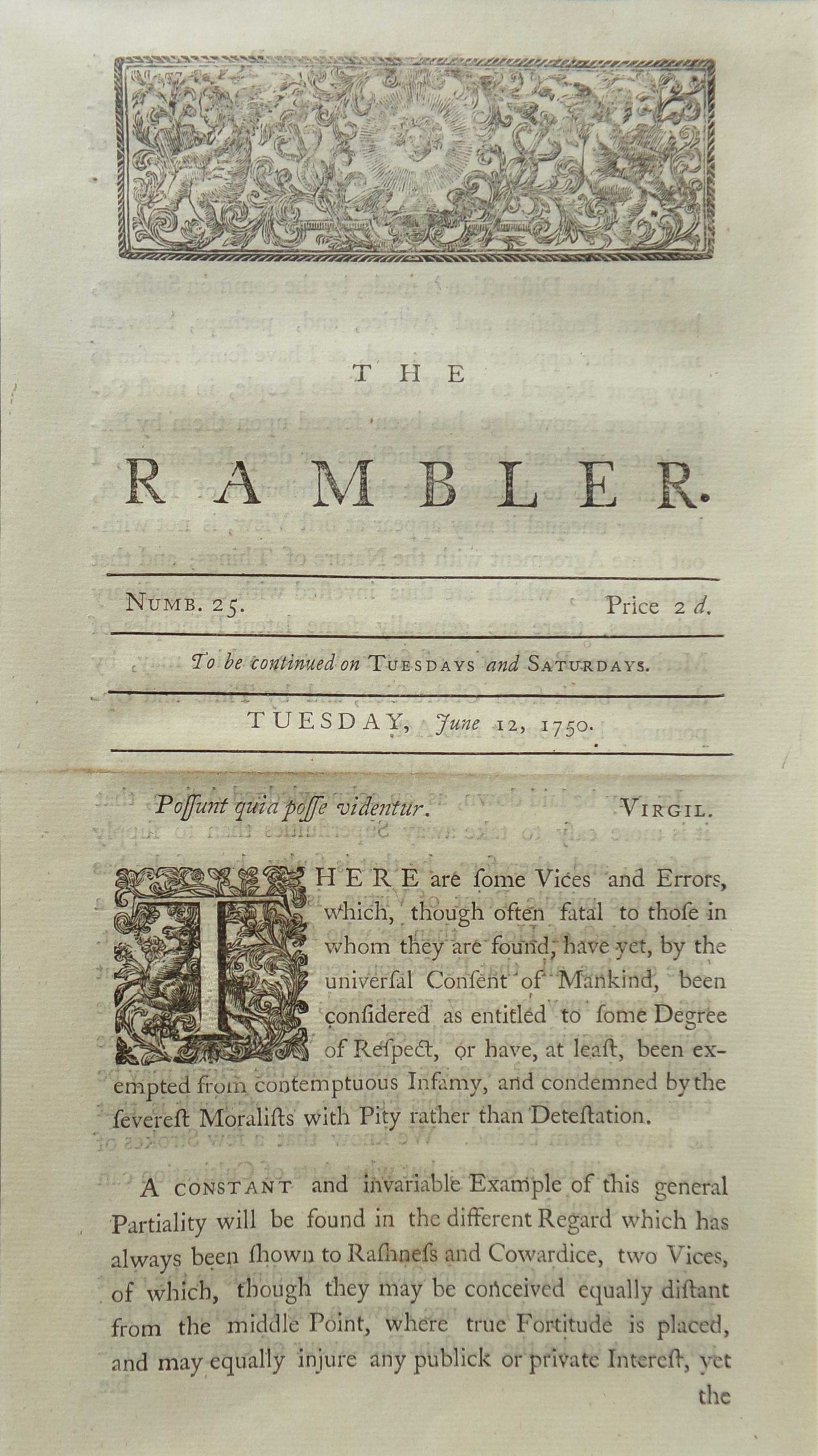 We found this original copy of #25 (link to the full text) framed that belonged to John Louis Worden Jr, who taught at California State University, Chico. Virgil’s epigram, Possunt quia posse videntur (“they are able because they seem to be able”)—means if you believe you can do a thing, you can (and conversely, if you believe you cannot do a thing, you cannot). It was likely not the only time that Johnson pondered this aphorism while laboring on his monumental dictionary. The long s was common in print until the end of the eighteenth century .

*In Britain, the old system used the abbreviations £ (Latin libra) for pound, ‘s’ or, more commonly, a solidus (‘/’) for shilling and ‘d’ (Latin denarius) for pence. The old money system lasted from the Norman Conquest in 1066 until decimalization in February 1971.